My life in Manchester (and Eccles) 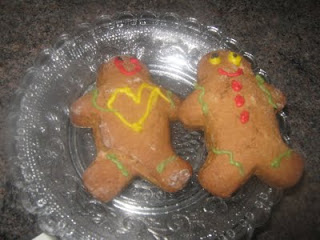 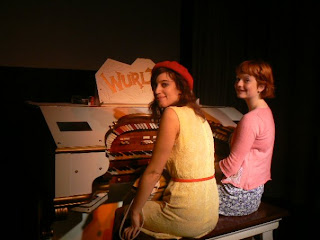 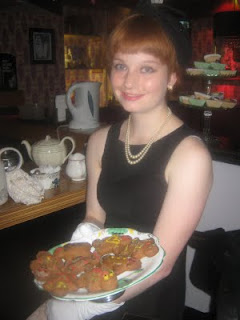 I have been most busy in Manchester. I have been here less than a month and done so many fun things!
I've been to an organ museum in Eccles, where my friends and I played on an Wurlitzer organ and played a fun little tune, taught by a dear old man I wanted to take home and adopt as my grandad (mine is rubbish, £5 book voucher, for my birthday thanks a lot!) We were given a tour of the old school organs and the lovely old people gave us tea and biscuits. I say "lovely" there was one right mean woman who wouldn't give me my raffle prize as I picked my own number from the hat! Chances of that! And their prizes were only old birthday cards and a pen saying "I've been to the Wurlitzer Organ musuem and had lots of fun." They said they didn't have much funds for good raffles prizes, the pen and paper museuem over the road gets all the good ones. We watched grainy Laurel and Hardy clips accompanied by the whimsical tune of a live organ playing whilst enjoying dirty black coffee and dry biscuits.I stole some of their raffles prizes and some biscuits rather cheekily, don't know what I'm going to do with that organ musueum magnet that doesn't even work! Although the sticky post it notepad that came with it seems quite handy, but the sticker on the post it doesn't work either! :( I searched for Eccles cakes, even though I can't eat them due to being vegan, it was hard to find Eccles cakes in Eccles, curious that. Eventually found some in a chip shop! Think I'll make my own novelty Eccles cake shop. They really should cash in on that as it's one of the only things it's got going for it. Oh and of course it's fine fine pet shop we visited that smelt of bleach and contained staff that were apparantly stationery objects and greeted us with stares of shock and wonder at any young people taking strange steps in the streets of Eccles.
Other fun stuff I've done, I set up my own vegan/veg society at uni called vegsoc. Got loads of people interested, but lets see who attends the meetings. Also set up my own sewing society, with my first meeting this sunday!
I also went to a fun night called "yo mama's cooking" Where there was a bring your own cake sale, knitting and dance lesson all with a 1950's theme! I shall be attending this event regularly! I won the bake sale, with my vegan gingerbread biscuits. Although my competition was a burnt chocolate cake! I am still awaiting my prize too!
So lots more Manchester fun to be had.... x
Posted by threadsandletters at Wednesday, September 30, 2009