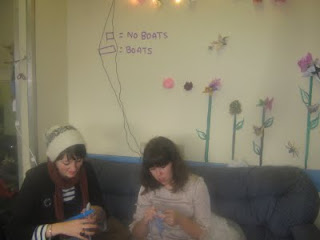 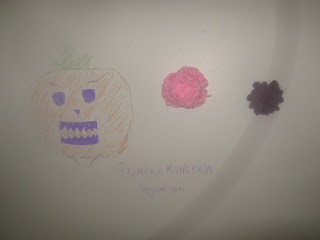 The time I spent my reading week I shall never forget. I did not hide my face in a book all week or timidly shy away from Manchester and tiptoe home but took part in an arts protest for reclaiming disused space, named Temporary Autonomous Arts. This is a scheme that reclaims and reuses abondoned and disused spaces to express artistic freedom creatively. TAA utilises space that has previousely not been in use and allows artists to express themselves outside of the established art world. emporary Autonomous Art Events and Exhibitions started in London in 2001 to the Random Artists collective. Taking influence from Temporary Autonomous Zones that believe in expressing a rogue, rebellious artitic utopia. After several years of building successful and growing networks of artists and audience in London, the Random Artists collective began to tour TAA exhibitions to Eastern Europe. Over the years they have been to Czech Republic, Poland, Romania, Bulgaria, Berlin, Italy, France and Spain.

In 2004 Random Artists helped the Insurgent Arts collective to create a TAA in Bristol, it was such a sucess that they have since held their own events. Manchester (Forbidden Arts), Edinburgh (Free & Reactive Edinburgh Arts Kollective - FREAK) and Brighton (Subterranean Art) have held their own arts collectives and have held successful TAA events.

My experience of Manchester TAA event was certainly an eye opener. My first experience of it was on the Wednesday's opening night. I went to read poetry at the Scratch poets events (usually held in Chorlton) I entered through the side of an old disused school through a padlocked gate. I almost felt as if a secret password was needed to be allowed entry. At first I felt a bit cautious of entering a squat and the legalites suurounding it. But any fears I held were coloured away by the friendly people and cosy surroundings of the school/squat. People were freely decorating walls with beautiful often political paintings. The upstairs had been converted into a vegan cafe and kitchen, where once hungry children would have enjoyed or endured school dinners and which was now inhibited by fellow artists and free thinkers enjoying a free creative art space. The location of the squat was held secret till the Wednesday opening day to casue less disruption or interest and awareness to the police. The police did visit on the Thursday but no trouble or arrests were made. Before reading my poetry I attempted to make a sock monkey in the "crafty corner" This was where any textile workshops would be held and contained 2 comfy sofas ( later used for beds), sewing machines, a abundance of material and a ambient atmosphere. The audience was very warm to my poetry and I enjoyed reading to them, although I didn't have the usual darkness to hide behind or microphone. I felt comfortable with the audience and didn't stutter any of my words for once.
I next went on the Thursday to take part in the fashion show run by the Manchester based shop, Junk . Which specialises in selling Manchester based clothing and accessories.
I made a dress with a heart pocket from a pair of curtains. Although I liked my dress it had to glammed up with a floral head dress and patchwork cape my friends made to be extravagant enough for the fashion show! The fashion show was quite a spectacle. An array of bin bag dresses, cardboard head dresses and recycled couture! This was all taken part in the school's gym, which had been converted into a hippy catwalk. The final day a friend and I went to take part in "yarn bombing" I sank into a comfy beanbag and knitted an orange square to later be joined to other fellow knitter's woven delights. I found it curiousely humourous in that we would have to shield our faces as we "graffitied" the lamposts outside with our political knitting!
I found the TAA a throughly enjoyable and thought provoking experience, a lot of hard work went into preparing this and I applaud the members of the TAA for putting on such a successful and rebelious artistic event!
Posted by threadsandletters at Monday, November 09, 2009